ABSTRACT: The development of offshore wind energy is moving forward as one of several options for carbon-free energy generation along the populous US east coast. Accurate assessments of the wind resource are essential and can significantly lower the substantial project financing costs that have been a barrier to development. Wind resource assessment in the Mid-Atlantic region is challenging since there are no long-term measurements of winds at turbine hub height and across the rotor span. Features of the coastal and inland terrain, such as such as the Appalachian mountains and the Chesapeake Bay, are known to lead to complex mesoscale wind regimes onshore, including low-level jets (LLJs), downslope winds and sea breezes. Little is known, however, about whether or how the inland physiography impacts the winds offshore, especially during the warm season when synoptic forcing is weak. This research is based on the first comprehensive set of offshore wind observations in the Maryland Wind Energy Area, 20 km east of Ocean City, gathered during a UMBC measurement campaign. The presentation will include a case study of a strong nocturnal LLJ that persisted for several hours before undergoing a rapid breakdown and loss of energy to smaller scales. Other measurements from buoys, an onshore wind profiler and radiosondes, together with North American Regional Analysis (NARR) and a high resolution Weather Research and Forecast (WRF) model simulation, are used to untangle the forcing mechanisms on synoptic, regional and local scales that led to the jet and its collapse. The results suggest that the evolution of LLJs were impacted by a downslope wind from the Appalachians that propagated offshore riding atop a shallow near-surface boundary layer across the coastal plain. Baroclinic forcing from low SSTs due to coastal upwelling is also discussed. Smaller scale details of the LLJ breakdown are analyzed using a wave/mean flow/turbulence interaction approach. The case study illustrates several characteristics of low-level winds offshore that are important for wind energy, including LLJs, strong wind shear, turbulence and rapid changes in the wind, so-called “ramp events”. This thesis also provides a mechanism that explains how orographic forcing from the Appalachians can extend offshore. A 3-year survey based on NARR analyses is used to estimate the likelihood that similar events could occur under the same meteorological conditions. 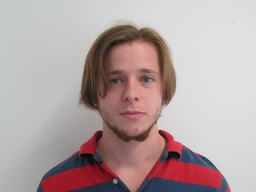