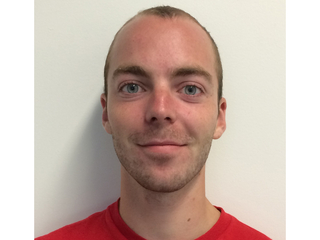 ABSTRACT: The Great Plains low-level jet (LLJ) is a planetary boundary layer phenomenon of strong winds spanning thousands of square kilometers. These LLJs are primarily nocturnal, and an event’s lifetime can exceed 12 hours. LLJ wind speeds can reach 30 m/s within the lowest several hundred meters of the atmosphere. The formation mechanisms of the strongest and most impactful LLJs cause primarily southerly winds that veer westerly with time and height throughout the night. Such LLJs advect moisture and warm temperatures northward, and are responsible for nearly half of the warm season moisture budget in the Great Plains. LLJs can also contribute to beneficial rainfall or harmful severe weather, as moisture and temperature transport above the nocturnal stable layer can increase convective potential and lifting can be generated at a frontal boundary or other source of wind field convergence. Mesoscale convective systems (MCSs) are long-lived storms that can bring hail, flooding, and damaging winds including tornadoes, and LLJs are key to the nocturnal sustenance of such systems. LLJs also play an important role in air quality, as the wind shear between the LLJ maximum and the surface can generate turbulence that couples the residual and stable nocturnal layers, potentially mixing pollutants down to the surface.

While LLJs and related events such as MCSs are known to be of great importance to the populations and economy of the Great Plains region, forecasting of these nocturnal events remains challenging. The work presented here utilizes intensive observations from the 2015 Plains Elevated Convection at Night (PECAN) field campaign to improve understanding of LLJs. First, a campaign overview documents the wind profile in detail at three different sites, examining patterns and heterogeneities within the domain as well as LLJ coincidence with stability and convective initiation. A novel mixed layer height (MLH) detection algorithm is used to link LLJ characteristics to MLH behavior preceding and during the LLJ. Lastly a case-study explores moisture transport with unprecedented spatiotemporal detail and provides comparison to models. Wind and water vapor lidars were the main tools used for this research, supported by in situ and other remote sensing instruments.