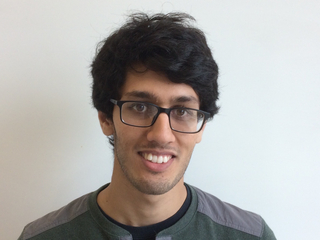 ABSTRACT: The basic principles of time and frequency domain astronomy have long been pillars of astrophysics. Identifying and characterizing variability patterns has been a crucial and widely applicable tool in the advancement of our understanding of astrophysical sources from our own solar system to far outside our galaxy. It is a critical part of the study of "radio-loud" active galactic nuclei (AGN), a class of actively accreting supermassive black holes (SMBH) with large-scale relativistic outflows of plasma called jets. Jetted AGN are amongst the most powerful objects in the universe and emit radiation across the electromagnetic spectrum, from radio to gamma-ray; the high-energy emission mechanism is uncertain, particularly on large (thousands of light years) scales. Recent evidence suggests the presence of X-ray variability in jets on large scales, well outside the host galaxy. Such variability, previously unexpected, places severe constraints on the emitting region and mechanism. Additionally, the location of gamma-ray flares in blazars (a subclass of AGN where the jet is pointed towards the observer) has important implications for the structure and formation of jets and the gamma-ray emission mechanism. Dotson et al. 2012, 2015 proposed and tested a method to distinguish the origin of these flares based on the energy-dependence of electron cooling times, which is revealed as a strong energy dependence of the flare decay time. It has been shown that the binned analysis used previously cannot resolve these values consistently, so an unbinned analysis is necessary to progress further. Finally, the potential presence of a gamma-ray signal from Jupiter could help us better understand its environment and dynamics. While largely speculative, the abundance of Jupiter-like planets and similarities between them and brown dwarfs guarantee that the results will be impactful to our larger understanding of planetary physics. To summarize, the goals of this project are to: i) search for statistically significant X-ray variability in the kpc-scale jets of AGN; ii) develop an unbinned analysis to determine the energy-dependence of blazar gamma-ray flares; iii) study the jovian system in gamma-rays and characterize any observed signal.

Proposal will be held using Webex.