Off Campus : via Webex

TITLE: Investigating the Role of Jet Power in Radio-Loud AGN

ABSTRACT: A small fraction of the super-massive black holes at the centers of galaxies actively accrete material and form powerful jets of ionized, relativistic plasma, which can have profound effects on the evolution of the host galaxy and its surroundings. A longstanding issue in the study of jets from black holes is the `unification' of the many observational classes of jets, from blazars to radio galaxies, into a coherent framework where the phenomenology can be traced to a few fundamental physical properties. This thesis is comprised of two studies, each investigating a different aspect of the underlying role of jet power in radio-loud AGN. For the first study, I have investigated the observational result that in large samples of jets, jet power appears to set an upper limit on the maximum apparent jet speed on the sky, as measured by long-baseline radio interferometry. I have used population modeling to determine if this could be driven by an underlying relation between the jet power and the Lorentz factor of the outflowing plasma. I will present evidence that, contrary to first impressions, we cannot rule out that the observed lack of low-power jets with high apparent speeds is a selection effect due to flux-limited surveys. Deeper flux-limited VLBI campaigns are necessary to verify this result. The second study re-examines the blazar main sequence -- the observed anti-correlation between the synchrotron peak frequency and synchrotron peak luminosity in jets, first reported by Fossati et al. (1998). The blazar sequence was later expanded into the blazar envelope through the work of Meyer et al. (2011), which considered misaligned jets as well as blazars. That work suggested that jets can be divided into the strong and weak classes, based on jet power and accretion mode. I have compiled the largest-ever sample of over 2000 jets with well-sampled spectral energy distributions, in order to investigate the reality of the strong/weak jet dichotomy and to examine the importance of jet power, accretion mode and jet velocity structures in predicting the jet spectral energy distribution. I will present evidence for a substantial population of sources which invalidates the blazar sequence, although these still fit the idea of a strong/weak dichotomy through complex jet structures. I also present evidence that the accretion mode plays a role in driving the division between strong and weak sources.

Defense will be held using Webex. 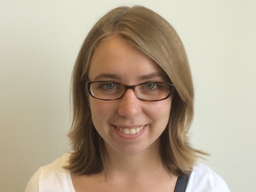