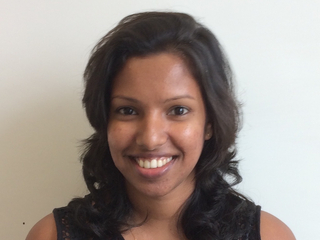 TITLE: Evaluation of low-cloud and warm rain simulations in CMIP6 models through comparison with satellite and ground-based observations

ABSTRACT: Clouds are extremely important in Earth’s climate because they play an important role in the energy radiation budget of the Earth. Therefore, a faithful simulation of clouds in the Global Climate Models (GCMs) is highly important for understanding the current and predicting the future climate. One of the common issues associated with cloud parameterizations in previous generation GCMs is under-estimation of tropical low-level clouds while over-estimating their cloud radiative effects (CRE), known as “too few-too bright” problem. In this study, we evaluate the cloud parameterization of NASA-GISS-E2.1-G, NCAR-CESM2 and NOAA-GFDL-CM4 from 6th generation of Coupled Model Intercomparison Project (CMIP6) by using the Cloud Feedback Model Intercomparison Project Observations Simulator Package (COSP) datasets and comparing them against two satellite observational data- GCM oriented CALIPSO Cloud Product and Top of the Atmosphere radiative fluxes of the CERES data derived from Level 4 Energy Balance And Filled products. We show, the three CMIP6 generation models evaluated, have achieved an overall balanced shortwave radiation in the global scale while tropical region manifest considerable biases compared with the observations. The regions which are not reflecting enough in the GCMs are associated with cloud deficiencies which are mainly contributed by the under-estimation of low-level clouds in the models which supports the presence of “too few” problem of low-level clouds in the CMIP6 generation models. However, when CREs of the models are compared against the observations, not enough evidence was present to show the presence of “too bright” problem in the tropical low-level clouds which previous generations of GCMs have identified. The warm rain is an important process that regulate the lifetime, water budget and radiative effect of low-level cloud. We also derived the frequency of warm rain in the marine boundary layer clouds from the satellite observations and will use it to evaluate the aforementioned models and investigate if the “too few” problem is due to erroneous drizzle frequency in the model.

Proposal will be held using WebEx.