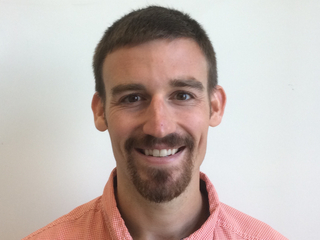 ABSTRACT: The flow of simple liquids, such as water, is often described using Newtonian fluid mechanics which predicts a purely viscous response by the liquid to the motion of an object moving in that liquid. Treating the liquid response as Newtonian and use of the no-slip boundary condition – the assumption that the tangential velocity is zero between the object and the liquid – together, are commonly used to describe the interaction of an object interacting with a liquid. These two assumptions need to be revisited for flows of simple liquids at the nanometer scale. A reduction in the size of an object causes a corresponding decrease in the mechanical response time of that structure. A nanoscale structure has a characteristic response time on the picosecond scale, which is comparable to the molecular relaxation time of simple liquids. Deviations from a purely viscous (Newtonian) response by simple liquids to the motion of nanoscale objects have been observed, with the liquid exhibiting a viscoelastic response commonly associated with complex liquids. Additionally, molecular dynamics studies predict slip lengths for wetting liquids at the single-nanometer scale and numerous experimental studies have reported sub-micrometer slip lengths. In this work, we present two studies investigating the shear and compressible flow of simple liquids at the nanoscale. We use time-resolved spectroscopy to excite and probe the gigahertz frequency dynamics of metal nanoparticle vibrations suspended in varying concentrations of glycerol in water.

In the first study we excite the extensional vibrational mode of highly monodisperse gold bipyramids to generate primarily shear flow in the liquid, which is sensitive to liquid slip. We show that the inherent viscoelasticity of the liquid, at this frequency and length scale, causes a drastic enhancement in the effects of slip at the nanoparticle-liquid interface and use of the no-slip boundary condition fails to quantitatively predict the experimental damping.

In the second study we excite the breathing mode vibrations of highly spherical, monodisperse gold nanoparticles which produce compressible flow in the liquid. Use of the highly spherical particles eliminates shear motion at the interface between the nanoparticle surface and the liquid ensuring that the effects of velocity slip are minimized for the nanoparticle-liquid interaction. We obtain excellent agreement between the experimentally measured damping rates and theory, thus validating the underlying compressible viscoelastic constitutive model recently developed for the liquid.

Defense will be held using Webex.