ABSTRACT: The proposed research is an attempt to investigate two-photon beats of thermal radiation. Two-photon beats, observable from photon number fluctuation, or intensity fluctuation, correlation measurement of thermal radiation, is a two-photon interference phenomenon: a pair of randomly created and randomly paired photons interferes with the pair itself. Two-photon beats occurs even when the two photons are created from distinguishable optical transitions, respectively, with different color or energy. It is commonly known that “... a photon ... only interferes with itself. Interference between two different photons never occurs”. Historically, optical beats are thus considered observable only from first-order coherent radiations; photons created from distinguishable optical transitions with different color, or energy, can never produce optical beats. This research demonstrates, theoretically and experimentally, a different consequence: two-photon interference is able to produce second-order optical beats from first-order incoherent radiations consisting of randomly created and randomly paired photons in thermal state, even if they are created from distinguishable transitions with different color or energy. Our goal is not only to prove the mechanism of two-photon beats, but also to study how to realize two-photon beats under three extreme experimental conditions of an interferometer: (i) when the optical delay of the interferometer is greater than the coherent time of the radiation, (ii) when strong turbulence is present and (iii) when slow photodetectors are used in the correlation measurement. As an important application, the above proved mechanism of two-photon beats will be applied to nonlocal two-photon imaging with relatively slow photodetectors and broadband spectrum thermal radiation, such as “sunlight ghost camera”. 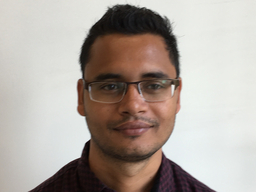