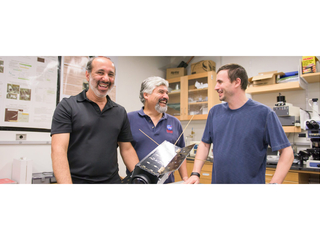 UMBC home brewed space technology was launched to the International Space Station on November 2, 2019 as the payload for the HARP CubeSat Satellite.

The Hyper-Angular Rainbow Polarimeter (HARP) cubesat, funded by NASA’s Earth Science Technology Office was fully designed and built at UMBC’s Earth and Space Institute with the involvement of students from High School to PhD levels, Post Docs, Scientists and Engineers from the Joint Center for Earth Systems and Technology and from the Physics Department.

HARP will measure aerosol particles and clouds on Earth’s atmosphere as a precursor for future NASA missions including the PACE satellite. PACE will carry UMBC’s HARP2 imaging polarimeter with capability to cover the whole globe in two days.