ABSTRACT: An optical approach to Quantum Information Processing (QIP) involves the use of qubits encoded in the quantum states of single photons, and has been shown to be particularly useful in various quantum communication and quantum networking applications. Over the past 25 years significant advances have been made in this approach, including the development of high-quality single-photon sources and detectors, as well as quantum logic gates for photonic qubits. More recently, there has been a tremendous push for the realization of quantum memory devices capable of storing single-photon “flying qubits” without measuring or altering their delicate quantum states. At the present time, quantum memories for a single photonic qubit have been demonstrated in several different physical platforms, and technical improvements continue to improve the device parameters.

Here we propose to advance the field by extending this idea to store two entangled photonic qubits in two spatially separated quantum memory devices. The experimental work involves polarization-entangled photon pairs produce by Spontaneous Parametric Down Conversion (SPDC) sources, and two Cyclical Quantum Memory (CQM) devices comprised of polarization-based Sagnac-interferometer storage loops with high-speed electro-optic switching. We describe a series of experiments leading up to the ultimate goal of producing an SPDC pair of entangled photons, storing the photons in two synchronized CQM’s, and then releasing them “on-demand” at a later time. In addition, we describe an experimental investigation of the various physical mechanisms which affect the entanglement during this process, as well as various strategies to minimize any resulting decoherence. The proposed work will be a tangible step forward in practical QIP applications and will provide insight into the nature of quantum entanglement. 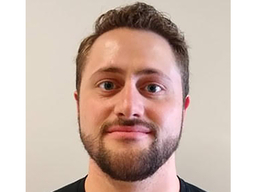